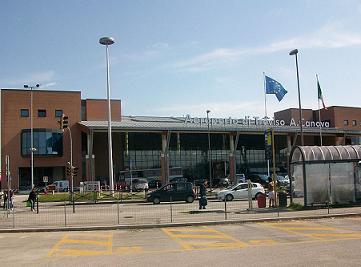 Treviso Canova Airport is an airport near the city Treviso. Distance to Venice city centre is 31 km. The airport is the homebase of low-budget airlines like Ryanair, Wizzair and Transavia. The main airport in Venice is Marco Polo Airport.

Twelve bus lines connect Treviso Canova Airport with Venice and other cities in the province of Venice (Veneto). There is a direct shuttle bus to Venice Mestre and Piazzale Roma. The first bus starts at 7.45. The last bus is at 22.25. The bus will wait for passengers till the flight has arrived. It takes 50-55 minutes to Mestre (2 stops). Hereafter the shuttle bus rides to Piazzale Roma. This is the timetable in the summer of 2016. A single ticket cost €12 and a return is €22. Tickets are sold on the airport, ticket machines or online. The first shuttle bus from Piazzale Roma to Treviso Airport departs at 5.30 in the morning (Mestre 5.45/5.50). This is the timetable.

Barzi Bus to Mestre and Venice

Barzi bus service is another bus company with a shuttle service to Mestre and Venice. The fares are the same as the ACTV buses. However the Barzi bus stop in Venice is not Piazzale Roma but the parking at Venice Tronchetto. Tickets can be bought at their desk at the airport or on board of the bus.

Ryanair has flights to Bristol (UK) from Marco Polo Airport.

There is not a direct train to Venice. Travelers who want to travel by train have to catch ACTT bus line 6 to the railway station of Treviso. From there is a train to Venice Mestre.